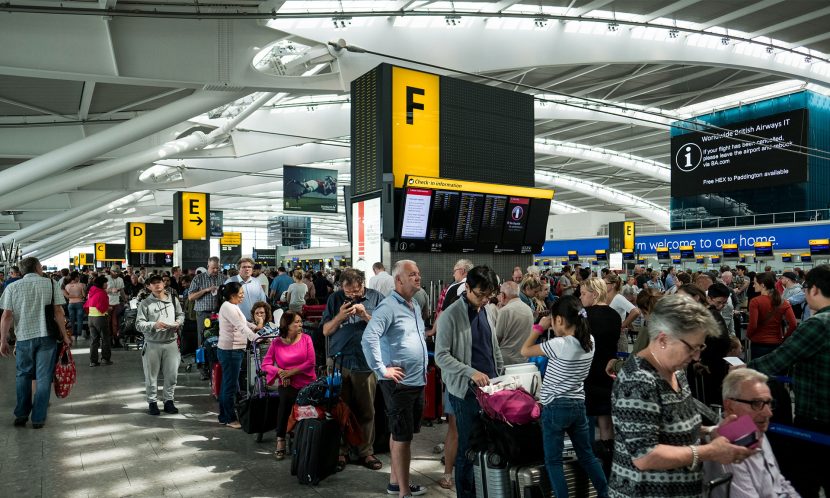 Traveling to Great Britain will be easier: From today, there is no quarantine obligation for corona vaccinated people from the EU and the USA – with the exception of France. However, a test is required no later than the second day after entry.

Fully vaccinated travelers and minors from Germany, almost all EU countries and the USA no longer have to be in corona quarantine after their arrival in Great Britain. From today onwards, a corona test is required no later than the second day after entry. According to the British government, travelers from France are not subject to the new regulation because of the spread of the beta variant of the corona virus there.

According to the authorities, the exemption from the quarantine obligation applies to everyone who has been fully vaccinated with a vaccine approved by the European Medicines Agency (EMA) or the US FDA.

So far, only people who had received the vaccine in the UK were exempt from the quarantine rules.

Traffic light system is to be changed

However, according to information from various media, the government plans to change the traffic light system with which the travel rules for countries are displayed. Accordingly, there are considerations to create an additional category that shows which countries are at risk of slipping onto the “red list” because of the corona situation there. That would mean that travelers would have to pay up to 1750 pounds (2050 euros) per person after their return to hotel quarantine. Popular travel destinations such as Spain, Italy and Greece are also candidates for this category.

“The yellow category is already a red rag for travelers,” said the head of the UK Airlines Association, Tim Alderslade, to Times Radio. This is completely sufficient as an “unmistakable warning sign”.

Bookings for flights to the USA have risen by 300 percent since the announcement, despite the restrictions there, said the Alderslade. At the same time he called on the government to put more countries on the “green list”. Anyone entering the UK from there does not have to be quarantined, even if they are not vaccinated.

There is opposition to the plans in the government and in Prime Minister Boris Johnson’s Conservative Party. Finance Minister Rishi Sunak is said to have urged the head of government in a formal letter not to implement the new category. Such a move would hit the UK economy and leave the country behind in the competition for tourists. The opposition accuses the government of causing travel and border chaos.

← WORLD TOUR SCHEDULE WHEN SHOULD I PLAN WHAT? Compliant women, gratified egos →