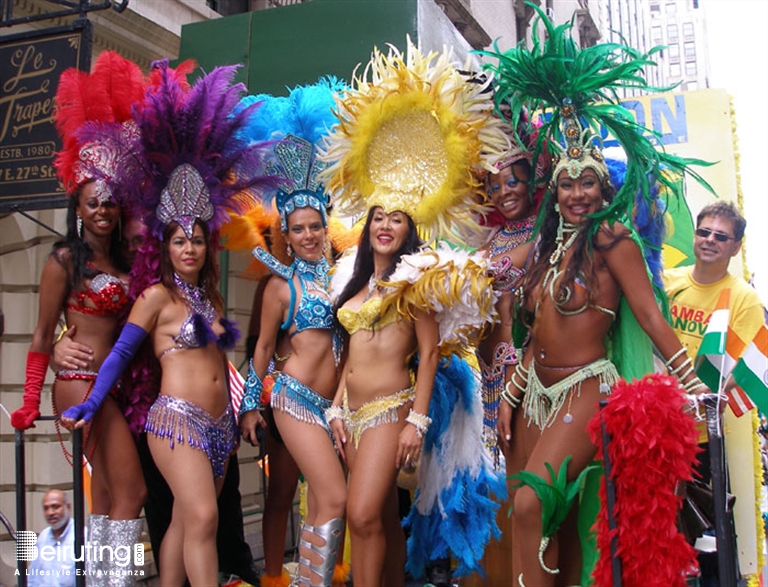 Ortaleza, the capital of the state of Ceará in the northeast of the country, has big plans. Tourism, which already accounts for ten percent of the economic power of Ceará and provides work for 75,000 people, is expected to continue to grow vigorously. In 2012, the nearly 154 million euro congress centre was opened, where the Brazilian government will host the summit of the BRICS countries in three weeks, right after the end of the soccer world championships. At least another 90 million euros will flow into Fortaleza’s tropical aquarium, which Governor Cid Gomes wants the city to enter on the “World Map of Tourism”. Above all, it wants to attract more visitors from North America and Europe. Because there is still a lot of space on the white sandy beaches of the almost 600 kilometres long coast of Ceará, they say.

Of course, Governor Gomes and all the other political leaders in Ceará know that Fortaleza has long had its place on the “world map of tourism” and that the city doesn’t just need more tourists, it needs others. It is literally just a few steps from the glittering construction of the “Arena Castelão” football stadium, in which Germany is playing against Ghana this Saturday, into the dark present of Fortaleza tourism. Dusk falls early in the tropical metropolis with two and a half million inhabitants, and then dozens of young women stand on Avenida Juscelino Kubitscheck and Avenida Alberto Craveiro. The “programa”, as sexual services are called here, is offered for the equivalent of an average of 16 euros. The prices can also drop to less than five euros.

In reality, the age limit is insignificant

Prostitution has been legal in Brazil since 2000, but only from the age of 18. Of course, this age limit is insignificant in reality. Fortaleza is, ahead of the coastal cities of Recife, Salvador and Natal, the capital of Brazilian sex tourism – mainly because of the prostitution of children and young people. The direct charter flights from Europe and North America to Fortaleza are not filled with congress tourists or family vacationers. This is not only known in the town hall and in the governor’s palace in Fortaleza, but also in the capital Brasília. There President Dilma Rousseff has. A few days ago, in the presence of a lot of press and celebrities, the so-called “Lei da Palmada” signed. The law places all forms of corporal punishment and the sexual exploitation of children and young people under severe punishment. The government has made the equivalent of around 2.6 million euros available to fight child prostitution. For comparison: The “Arena Castelão”, a mighty structure made of steel and sun-reflecting glass with a seal of approval for environmentally friendly building, cost 171 million euros.

It wasn’t just yesterday that people knew that there was a connection between football and prostitution. In Germany in 2006 and in South Africa in 2010, the predominantly male football fans caused a surge in sales of sexual services. For years, however, it has mainly been men who have come to Fortaleza looking for sex with children and adolescents for sale. The UN Children’s Fund Unicef ​​assumes that the number of underage prostitutes in Brazil has risen from 100,000 in 2001 to more than 250,000. Brazilian organizations put the number of child prostitutes in the country at around half a million.

In north-eastern Brazil, the problem of child prostitution is exacerbated by the deeply rooted macho culture, says Glória Diógenes, sociologist at the University of Ceará in Fortaleza. “The violence starts in the families,” she says: “Child abuse is widespread.” More and more girls are coming to Fortaleza from the poor hinterland of the Sertão, neglected or even abused, angry and sad, and filled with the urge for freedom Hope to find the Prince Charming. The identity papers that identify them as of legal age would be provided by an “industry of document forgery,” says Diógenes. “In Fortaleza, economic growth has widened the social divide,” complains the sociologist.

And to an increase in violent crime in general. Because where there is prostitution, human trafficking and drug abuse are not far away. With an annual rate of 73 homicides per 100,000 inhabitants, Fortaleza is the most dangerous city in Brazil after Maceió in the state of Alagoas. When the city’s bus drivers went on strike shortly before the first World Cup match on June 14th in Fortaleza, it was not about higher wages. Rather, the drivers asked for more security after one of their colleagues was stabbed to death in a robbery on his bus. In total, nearly 600 robberies were recorded on the city’s buses in the first three months of the year. At the “Fan Fest” organized by the international football association Fifa in the twelve venues of the World Cup games, This week a seven-year-old boy was critically injured by a stray bullet on the beach in Fortaleza. To protest against the rampant violence in Fortaleza, a citizens’ initiative recently called on the Internet to hang white sheets, towels or tablecloths in the windows or on the balconies. One could confuse the silent protest against violence, clearly visible on the facades of the neat skyscrapers on the beaches of Iracema and Meireles, with the gesture of surrender.